On the Road to Apartheid

“We are here to stay, forever.” Netanyahu spoke these words last Monday in the Israeli settlement of Barkan, located in the northern West Bank.

He continued: “So we will not fold. We are guarding Samaria against those who want to uproot us. We will deepen our roots, build, strengthen and settle.” Samaria is the Israeli nomenclature for the northern part of the West Bank. Judea is the name used for the southern section.

Barkan, the Israeli settlement where Netanyahu gave this speech, is in the northern West Bank (thus Netanyahu’s use of Samaria) and is home to about 1,800 settlers. There are approximately 130 settlements like this all over the West Bank, some home to less than 100 settlers and some home to more than 40,000. There are another 100 outposts (read: likely future settlements) scattered around the West Bank. These outposts are not yet sanctioned by the government, but you can be sure that most of them will be official settlements someday.

Area C is under the complete control of the Israeli Defense Force. All Israeli settlements are in Area C. The Civil Administration of Judea and Samaria (again, Israel does not use the term West Bank) is the Israeli government organization that oversees civil policy in the West Bank. It is subordinate to Israel’s defense minister. Remember, this is a military occupation.

From the website of B’Tselem, an Israeli organization that monitors Israel’s human rights violations in the West Bank:

“Between 2009 and 2012, the Civil Administration destroyed 90 cisterns, 61 wells and 17 reservoirs belonging to Palestinians in Area C.”

Step one is to be honest about the current reality and its trajectory. Thus, this blog. Netanyahu’s words were clear. The actions of his government, his military, and many of his people match his words. As with so many things at this moment in history, it’s time to fight with our eyes wide open. 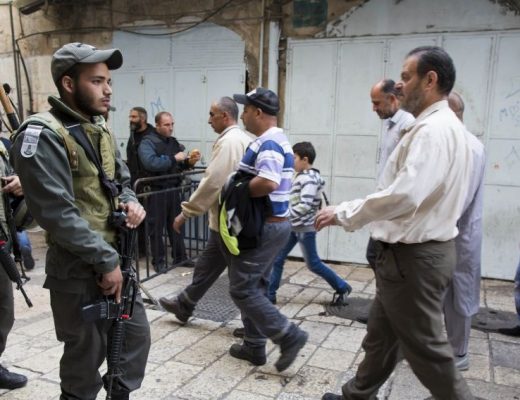